Jack and Vivian developed a good friendship where they are beginning to snuggle more. They pretty much spend all day together in the bunny room. 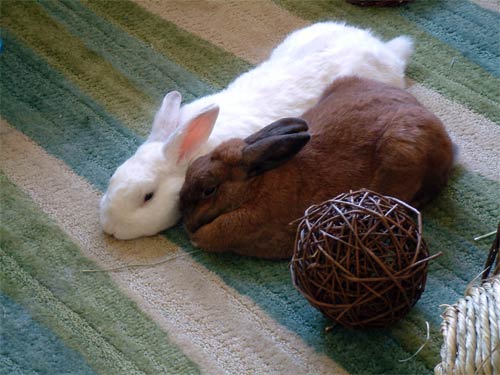 But sometimes Jack gets on Vivian’s nerves when he gets too bossy or if he is too persistent about wanting Bunny “Hubba Hubba. However, she still has her girly hideout area in the foyer when she needs to get away. Jack hates it when she’s no longer in the bunny room. Even if they don’t snuggle, he would rather her be just “somewhere” in the bunny room. He will go out and look for her and stand by her “hideout” with bunny pleading eyes. Sometimes she will accept his invitation and come out to join him, but if he does not behave himself right away, she leaves again for longer. He’ll then go back into the bunny room and sulk, until she returns a few hours later. (This happens less and less, only a couple of times a week for a few hours at the most.

But for the most part they get along well: Here are some recent snapshots from the Webcam: 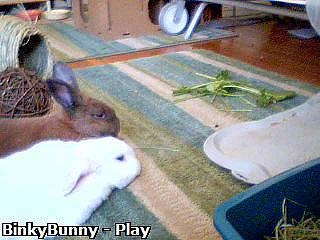 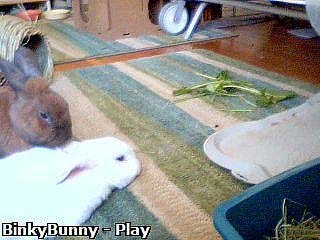 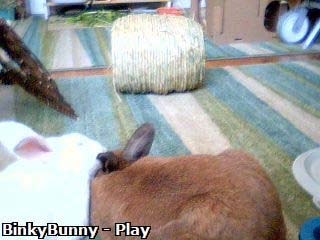